THEY’VE ROAMED THE MOUNTAINS FOR YEARS BUT, LATELY, THEIR INCREASED PRESENCE IN SKI RESORTS IS CREATING CONCERN. HUNGRY FOR PART TIME WORK TO FEED AN IDYLLIC SEASONAIRE LIFESTYLE, OLDER SKIERS AND SNOWBOARDERS, WOLVES, ARE ON THE PROWL IN SKI RESORTS THROUGHOUT EUROPE AND NORTH AMERICA.

There are new reports of WOLVES in ski reports. Yep, predatory Willing Older Ladies/Lads Vying for Employment on Snow, WOLVES, are on the increase. But although they may be preying on younger Seasonaires’ jobs they also bring experience and entrepreneurial skills so, as with the Yellowstone wolves there is the cascade effect of this significant ‘keystone species’ revitalising and restoring the ski resort ecosystem. Louise Hudson hunts them down…

Watch out for WOLVES this winter. Migrating away from their city-career habitat, WOLVES. the latest acronym for Willing Older Ladies / Lads Vying for Employment on Snow, are extending their foraging field to ski areas, lured by the irresistible scent of pure mountain air, healthy outdoor exercise and wintersport action. Watch out for WOLVES this winter Seasonaires! They could be on the hunt for your jobs. 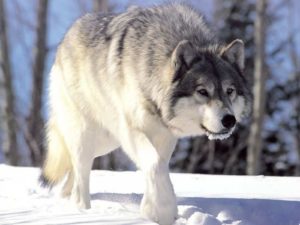 ‘They can’t compete with us, we are young and keen and will do anything and live anywhere to work on a ski hill,’ a young Seasonaire might argue. But these vulpine rivals are fighting fit, highly motivated, with the added advantage of capital which means that typically they can afford their own accommodation. Due to financial security, they are happy with part-time work, lower wages and seasonal salaries – so long as they come with a coveted season’s pass. What’s more, with the clock ticking, they have a bucket list, vocation/vacation mentality and rather than retire in relaxation they crave a constructive Encore Career.

The Future for the Species…

You are bound to notice more and more WOLVES wherever you are skiing this season in North America or Europe as this trend is here to stay.

Former literary agent and film producer, John Tarnoff is a key career influencer. His book, Boomer Reinvention: How to Create Your Dream Career Over 50, is full of tips on defying aging and redefining retirement as a Second Act or Encore Career.

Tarnoff says that 65% of working baby boomers (born 1946-1964) plan to work past age 65 or do not plan to retire at all, some for financial reasons, others to give meaning and purpose to their latter years and many due to an ingrained work ethic. Increased, and fitter, longevity is also fueling this trend.

The scale is not likely to tip for future generations

‘This is not just a boomer generation issue. Estimates show that by the time millennials retire, they will rely on employment for 26% of their income as opposed to 17% for boomers,’ says Tarnoff. ‘The scale is not likely to tip for future generations. Boomers need to take the first step towards what is likely to be the norm for retirement.’

Big thanks to Style Altitude for the Wolverine blog !

Brexit and how it may affect your ski job
Scroll to top
By continuing to browse this site, you agree to our use of cookies.