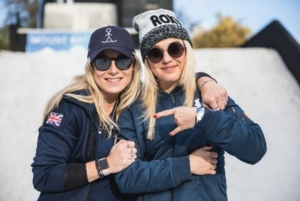 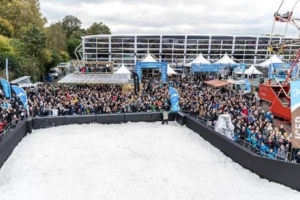 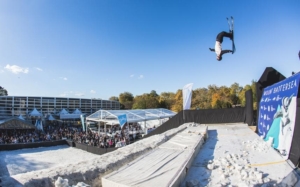 This October (24th – 27th), Battersea Evolution will transform into an alpine arena to host The Telegraph Ski & Snowboard Festival for the fifth year running. With 17,000 visitors in 2018, and the highest number of attendees since its move to Battersea Evolution in 2015, the 2019 festival will mark 46 years of the popular event, making it the longest running winter sports event.

Over four days, The Telegraph Ski & Snowboard Festival will unite ski, winter sports and destination experts from across the globe under one roof. Packed full of information for novices and ski fanatics, the event has taken inspiration from some of the best large scale ski celebrations in the mountains to create an exciting festival right here in London.

Marking the beginning of the ski season with an exciting line-up of 200 exhibitors including Sierra Nevada, Crystal Ski Holidays and Ski Vermont, The Telegraph Ski & Snowboard Festival is the perfect place for travellers to get inspiration and advice from a host of international professional athletes and The Telegraph’s own-award winning journalists. This year, these will include The Telegraph’s ski technique editor Warren Smith and Team GB’s Winter Olympic and Paralympic stars, all of whom will be on hand to inspire guests with a multitude of incredible stories, experiences and advice that is sure to encourage travellers to book their next ski holiday. It is also the perfect place to shop the latest kit in preparation for a ski or snowboard holiday.

Taking place during the October school holidays, the show will also feature a full schedule of activities, games and entertainment that is perfect for the whole family over the half-term break including an artificial slope, ice skating, face painting, Halloween themed entertainment and more. New features for this year include craft beer tasting, curling on the ice rink and sports taster sessions, as well as an authentic Street Food Village serving delicious alpine food and drinks, competitions and a fantastic line-up of live music, DJ sets and comedy. With more entertainment to be announced soon, the show will also offer two nights of après entertainment to bring the atmosphere of the slopes to London to provide a true ski holiday experience.

Tickets to the event start from £21.65 per person (including access to the Après event).

For more information on The Telegraph Ski & Snowboard Festival, or to purchase tickets, please visit https://www.telegraph.co.uk/events/event/the-ski-snowboard-festival-2019/.

Bar jobs in ski resorts and how to get one

Courchevel in January – What to expect
Scroll to top
By continuing to browse this site, you agree to our use of cookies.